My parents are coming to visit (hurrah!) and we’ve been talking a bit about how much more formal Germany is than the Colorado pig farm. Discussing the relative sartorial differences always reminds me of the time that brother George and cousin Jim and friend Wayne and I went to a bullfight in Madrid at las Ventas. The bullfights are a big social event and we’d heard that the Prince was going to be there. When we arranged for tickets, the concierge at our hotel puffed himself up and said, “This is the most important bullfight in Spain, which means it is the most important bullfight in the world.”
Worrying that we would feel a bit underdressed, and thinking that it might be rude to show up as our usual rumpled selves, I wore my least comfortable shoes, Wayne wore a sport coat, Jim wore a very fashionable button up, and George wore clean jeans. I suggested that my nice summer-weight striped linen scarf, doubled over and tied around the neck in a European loop, would be a casual-yet-suave look for George and might help him better blend into what was sure to be a formal, if festive, occasion. George suggested that I stop fucking with him. With that, I bring you today’s game:
Would Georgie Wear It?
how to play: take a long look at the picture below, and decide if my brother would wear what the model was wearing.

It's Not a Scarf, Really, It's a Neck Warmer

So that’s a no, unless we can somehow convince him that scarves are appropriate to any, and I do mean any, occasion… 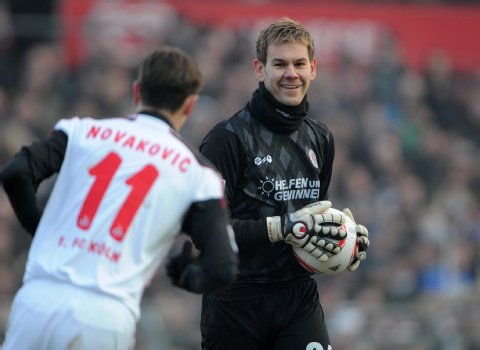 It was totally worth searching for this picture for 2 hours today.

That’s Thomas Kessler, the keeper for St. Pauli FC. They played Dortmund this weekend, and the Dortmund keeper had a scarf on, too. I couldn’t find a great picture of it, but the photo below will give you some indication of his overall style. 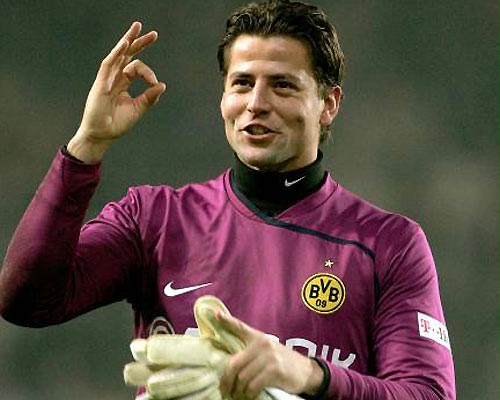 EPILOGUE: It’s Sunday evening, and the German and I just got back from a pretty terrific reggae show at Knust music hall, where we saw Warrior King and Turbulence. Warrior King came on first, before the crowd really filled up the place, so the hall was a little cold. What, might you ask, does a mid-50s Rastafari wear to play his first show in Germany in a chilly Hamburg club in February? Utilitarian navy blue wooly gloves and a matching scarf. Irie!