Far be it from me to change my mind about a food that I’d like to eat. Some friends were coming over on Sunday to make and eat tapas, and I was at the Spanish import store to purchase 250 grams of bacalao (salted, dried cod) for a half-recipe of cod cakes. Tobias and I had agreed ahead of time that we would make sensibly small portions of each of the dishes we were planning, noting that if everyone made dinner-sized portions for six, we would have six times as much food as we needed. Imagine my quandry, then, when the resident Spaniard at the Spanish import shop informed me that bacalao was sold only in whole pieces. Thrilled to be speaking a language in which I am fluent, I responded no problemo, I’d like a whole piece weighing 250 grams, por favor. He laughed and pointed to the stacked bacalao. I said, ‘Aha’ and came home with this piece: 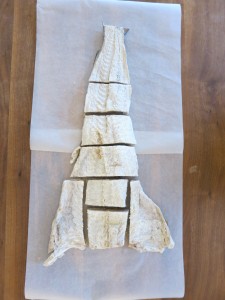 One Whole Piece of Salt Cod, in Pieces

If the fish above is lying on, for example, two squares of toilet paper, we should be fine. 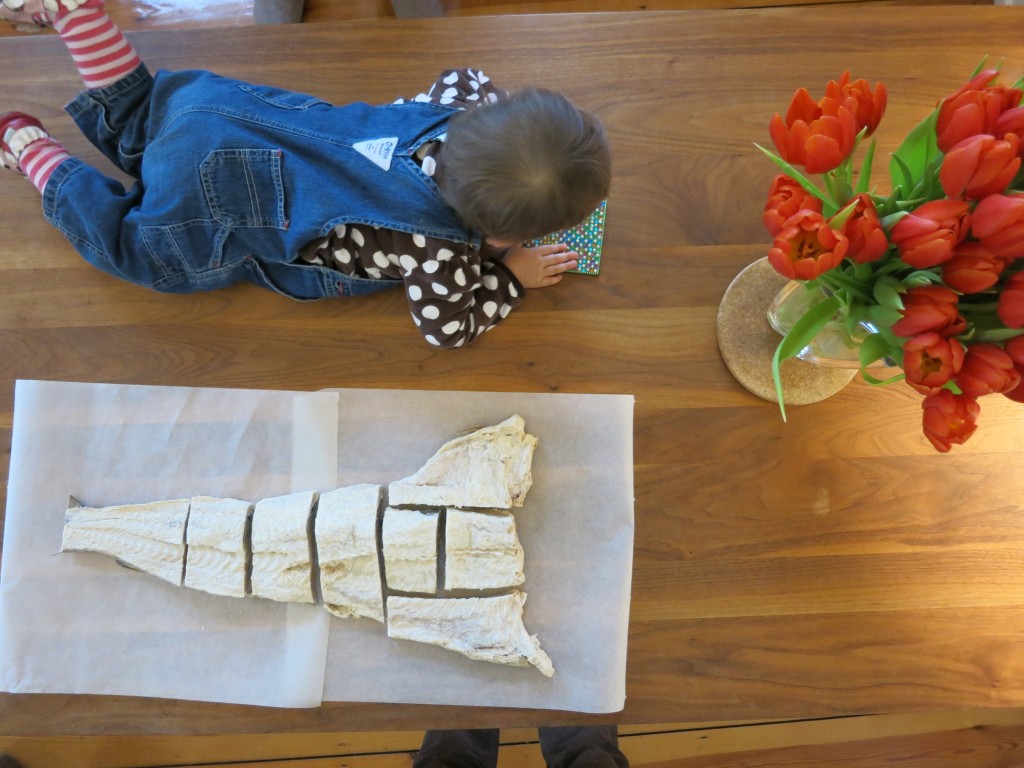 That Was a Big Fish

A little perspective: the fish weighed 1,500 grams. Granted, that’s 6 times more fish than I wanted but it’s not THAT much: tiny baby Frida, pictured above, weighs over ten thousand grams! 11,065 as of last Wednesday, to be precise. Imagine how much salt cod we’d be eating if I’d gone for the Frida-sized peice rather than the smaller, only-looks-like-it’s-Frida-sized piece.

It’s Monday morning now, and we’ve eaten a fifth of it. We’ll eat another portion tonight in fritter form, then freeze the rest and tackle it when! my! parents! come! in! two! weeks!! Until then, I am reassured that a Google search of ‘salt cod recipes’ returns 17,600,000 pages. We only have enough bacalao for a small portion of those!