At the end of a diaper change yesterday, I was interested to note that the pants I was putting on the little darling had pockets. Three of them – this seemed especially frivolous. Which brings us to today’s game…
Diapers Versus Pockets
The premise: if you wear diapers, you probably don’t need pockets. Let’s think of some scenarios to test the theory.
Do astronauts need a handy place to keep their car keys and cell phone? No.
Do 8-month-olds carry their own slightly-used wads of tissue? No.
Do street-performing monkeys need a place to keep their loose change? Yes. Apparently this rule applies only to humans.

Speaking of diapers, Groupon had an especially good mix of bargains today: 3 days in a luxurious Greek resort for only 99 Euro (the austerity price?), a hair cut and color at a fancy local salon, a six-session series with a fitness trainer, an hour with a professional makeup artist, and a 50%-off deal on a bucket of fried chicken at KFC.

We’ve been back in Hamburg for a week already, and, although it has been a bit sunny, the dominant weather pattern is ‘you’ve-got-to-be-kidding-me-with-this-shit-it’s-almost-Easter’ grey. Also known as ‘tell me again about the suicide rate’ grey, or simply gggggrrrrrey. Tobias is putting a fancy suit on and heading into the City every morning like we’re some kind of sitcom, leaving me and the baby to suck each other into a jet lag-induced napping vortex. I’ve been in a little bit of a colorless fog lately, and I’m missing the brightness of my Colorado family. Imagine the glee with which I will greet the arrival, in just over a month, of the British cousins!!! Oh, energy, oh, humor, oh charming little girls with your squeals of delight when seeing baby Frida on Skype yesterday! And your darling tiny accents! Here’s a picture that Tobias took the last time we saw them; it sums up my feeling nicely. 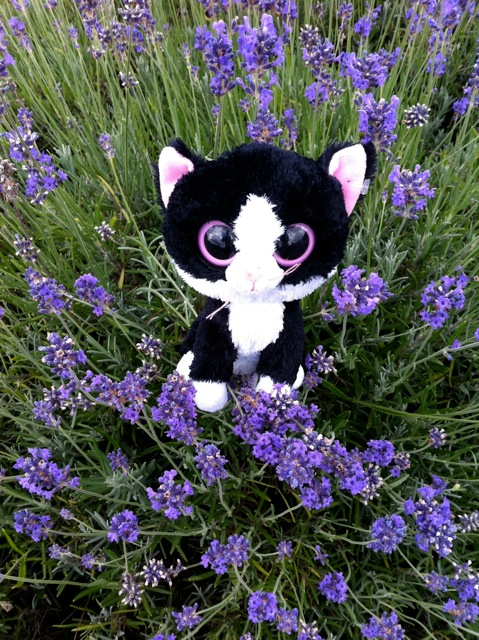