Surprises this week in Germany: 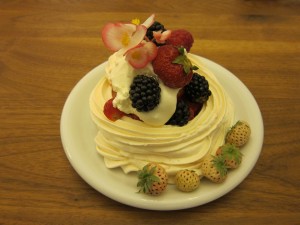 Four kinds of berries? Yeah, I might have been a little excited.

(Personal message to anyone reading this who does not know George: my inability to remember the name of a flower is not the surprising thing about the dessert comment above.)